HVACR Contractors: the Key to a Healthy Relationship with Your Customers? Communication 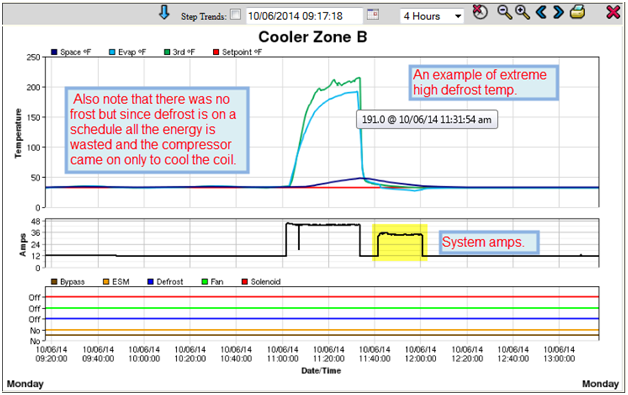 In the relationship between HVACR contractors and their customers who rely on the complex, expensive refrigeration equipment to keep their business alive, neither partner has it easier than the other. Especially when that relationship exists in the restaurant and service industry. Both restaurateurs and contractors work long, hard hours, maintain operation no matter the weather, and both face growing regulatory challenges, as well as competition. Like a marriage between two workaholic people, finding a balance—that “sweet spot” of understanding, needs anticipation, and support—is the key to a healthy and prosperous partnership. And whether a business relationship between two entities, or a romantic relationship between two bodies, communication is the soil in which to plant the seeds for a happy future.

Take Georges and Claudie d’Arras of Olmsted Falls, Ohio, for example. They’ve owned and operated a French Restaurant, Bistro Du Beaujolais, for over 10 years. In 2009, after an electrical fire forced the structure in which their restaurant was housed to be reconstructed, the couple ran into some issues with their HVACR contractor of the time. Simply put, the contractor did not want to put the couples’ needs and what was best for their business over completing the reconstruction in the speediest manner.

“We told him we didn’t want vents directly under the bar seating area, because that can be very uncomfortable for women who are wearing dresses or skirts,” Claudie  d’Arras said. “But he didn’t want to listen to what we were saying.” Although the d’Arrases could understand the installer’s desire to move things along as quickly as possible, this restaurant represents their life’s work, and they were not going to be deterred. Eventually, the location of the vents was changed.

As another example of the importance of communication, Georges d’Arras related a story about a previous contractor the couple had worked with and a troublesome piece of refrigeration equipment.

“We kept having trouble with the same cooler again and again,” he said. “The company sent out a service technician three times, and we had to pay for three service calls, but they couldn’t get it fixed. When the equipment breaks down again and again, it’s very inconvenient and frustrating.”

The problem eventually turned out to be the compressor, and the d’Arrases said they’ve often wondered if the company simply didn’t want to replace the compressor because it was under warranty.

“Maybe the contractor was under pressure from the manufacturer not to replace things that are under warranty; we don’t know,” Claudie d’ Arras said. “But whatever the case, it certainly seemed like they were putting their own needs before ours. That’s why it’s so important that HVAC contractors communicate well with restaurant owners. It makes a world of difference when someone lets you know what’s going on and why.”

Bruce Hill, a San Francisco-based restaurateur who owns three restaurants in the Bay Area, said that peace of mind is one of the most crucial deliverables an HVACR contractor can provide.

“Running restaurants, we’re constantly on the edge of something breaking, and we need peace of mind that someone is going to get back to us and be there when we need them,” Hill said. “We understand that a vendor might be busy, but it’s a big plus if they can just call back and acknowledge that they received our message.”

For NRM’s customer base, restauranteurs, kitchen managers, and contractors all love how much our monitoring and controls platform improves the line of communication without requiring an enormous investment of time or resources on their part.

Real-Time Operating Data — Remote Site Manager‘s dashboard provides an easy-to-read summary page showing how the refrigeration system is performing in real-time. For example, if a restaurant owner or their contractor (a good majority of our customers give their technicians access to the monitoring tools on account of their advanced abilities to diagnose and troubleshoot) notices that the compressor initiated 100 times in the last 24 hours, but historical data of that system shows the compressor averages only 18 start/stops per day, it can be assumed something is wrong. But the ability to keep everyone in the loop about where, what, and when the issue occurred, means they can plan and work together to resolve it ASAP.

Visual Performance Trends — You can actually see when and where an issue occurred with this feature of Remote Site Manager. Scenario: you walk into your restaurant one morning, head back to the walk-in cooler to begin daily menu prep, and notice the space feels abnormally warmer than usual. You either consult the visual representation of the refrigeration system yourself, or contact your contractor and ask them too, and troubleshooting begins immediately. On the trend screen from the night before, you see at 11:45 PM that the system called for cooling, but the solenoid valve never opened, the amperage never increased, and the space temperature rose starting at that exact minute. Your contractor is now equipped with crucial information for where to start diagnosing from.

Instant Notification to Email or Mobile  — This is one of Remote Site Manager’s most popular features. Many of our customers link both their email addresses and phone numbers, and the email addresses and phone numbers of their contractors, to the alerts feature of our platform. This way, it’s almost guaranteed that someone will be made aware of an issue right when it pops up. And if both the customer and the contractor are notified that, for example, a freezer has exceeded it’s safe temperature threshold and instigated a high temperature alarm, both parties will know exactly what the follow-up service call is for. No one wastes time or money on either side of the relationship.