In the Grocery Game, Refrigeration and HVACR Must Keep Evolving 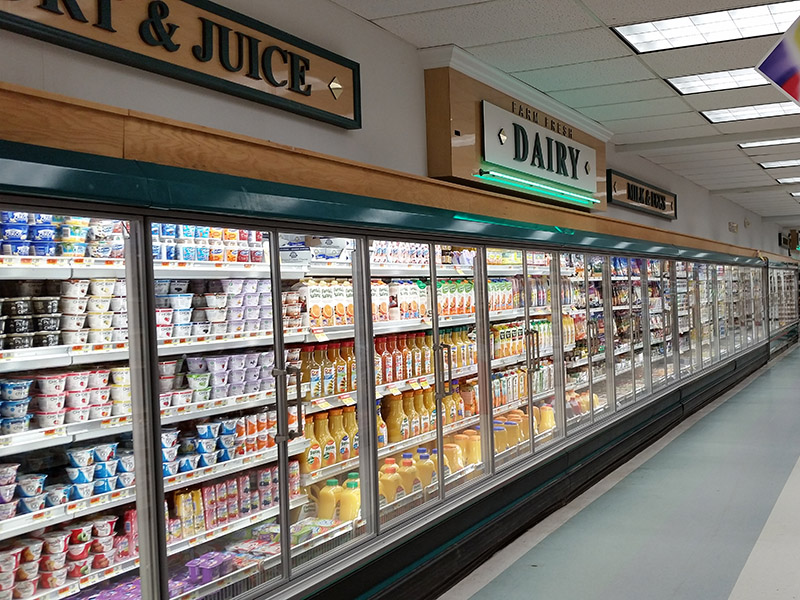 As corporate goals in the grocery industries continue to evolve—with energy efficiency, sustainability, and wanting systems that provide more “bang for your buck” leading purchasing decisions—so too are the refrigeration systems being developed these days.

Don Newlon, Vice President and General Manager of Emerson’s Commercial and Residential Solutions division, advises manufacturers to keep customer’s wants over their own.

“Customers aren’t pursuing refrigeration architecture because of the architecture itself but because of the benefits they want to receive from it,” Newlon said. “Choosing a refrigeration system used to be all about energy efficiency, but many customers today have different things they’re trying to optimize. Energy efficiency is still important, but many customers also are seeking to reach environmental or sustainability goals — in fact, for some, that’s their primary motivation. So, be aware that there will be some segmentation of the end-user base depending on customers’ particular goals.”

No truer is this idea than in the technological advances being introduced. As laid out in this article in ACHR News, specific systems are being designed for specific desires. “The days of centralized direct-expansion (DX) systems aren’t necessarily over, but those systems have been joined by a host of new technologies, including distributed systems in which smaller refrigeration units are located near the cases they serve; primary/secondary systems in which a small charge of refrigerant cools another heat transfer fluid (such as glycol) that is pumped out to the cases; subcritical and transcritical carbon dioxide (CO2) systems; microdistributed systems, which are similar to distributed systems that can be designed to send chilled water rather than refrigerant to the cases; and stand-alone cases.

Of course, as is the case in most industries and at the advent of potential game-changing technology, there are very real hurdles that need to be overcome. For example, many customers are weary of CO2 systems due to their higher operating pressures, despite those systems’ ability to radically decrease a company’s carbon footprint. On top of that, another technical issue with CO2 systems, at least at the moment, is the fact that it can’t be retrofitted into an existing architecture; a new refrigeration system must be purchased and installed.

Yet, even if supermarkets and grocery stores were to suddenly and widely adopt these newer, better systems, the age-old HVACR-industry problem still poses the greatest hurdle to overcome: a lack of qualified technicians to service the equipment.

Matt Larison, a regional manager for DEEM Mechanical and Electrical Co., talked a bit about how that was the real issue holding the adoption back: “There’s a very serious shortage of technicians, and it’s getting worse all the time with more technicians leaving the industry each month than coming in. With a shift toward CO2 and fewer people coming into the business, it’s going to be even harder to work on those systems. Everybody is trying to get away from conventional refrigerants and move toward CO2 systems; the problem is nobody knows how to work on them.”

One other issue is the continued confusion and uncertainty over what exactly the government will do with future refrigeration-related standards and regulations. There is a conversation around important decisions like where the EPA may set the GWP [global warming potential] threshold, refrigerant phaseouts, and what authority does the EPA actually have under the Clean Air Act. Until some of these shake out, the HVACR industry is at a bit of a standstill.

No matter how it plays out, though, one thing will always remain: successful technologies will put the customer’s needs first.

“We’re developing and will continue to develop HFO-relevant products as well as continuing our training courses on CO2 and other alternative refrigerants, because we think end users are looking at all their options,” Don Newlon said. “It’s not going to be any one thing that dominates the market in the future. Given that, we think the best advice for supermarket contractors is to discuss what their end users’ long-range plans are. Learn what’s important to them and then help them understand the system architectures that would be the best options for their stores.”

For a more in-depth breakdown of the differences, pros, and cons of the evolving refrigeration technologies, be sure to read the article in the ACHR News.