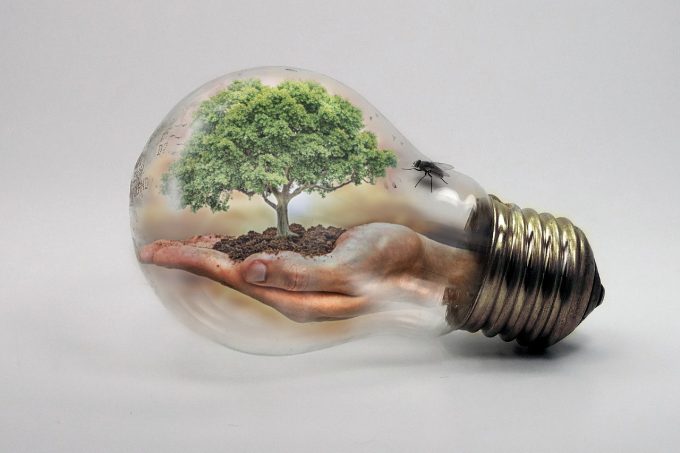 So, as it turns out, there may actually be three guarantees in this word: death, taxes, and people going as far to cut their carbon footprint as convenience let them.

According to a poll conducted by the AP-NORC, people are very much influenced by whether an energy-saving habit can conceivably fit into their lifestyle and schedule, and if it helps their finances. For example, only 2 in 10 Americans often or always use public transportation, carpool, bike, or walk instead of drive to work. For many people, it simply is impossible to not have their own vehicle.

But quick and modest habits, such as turning off unnecessary lights, or setting the thermostat a few degrees cooler in the winter, are rapidly gaining widespread adoption.

Tay Harris, a 25-year-old sandwich shop employee, said it has to be pitch black outside to get her to turn a light on. “If you have the beautiful sun that God blessed us with, use it.”

And her propensity for keeping the amount of energy being wasted by lightbulbs low is a very popular idea amongst poll respondents. Almost 90% of Americans turn off lights when they are not needed.

“You’ve got to start somewhere,” George Johnson, a 48-year-old barber in Deltona, Florida, said. “If everybody just turned off their lights one hour or anything, it can help.”

Of course, as you get farther along the commitment scale, the percentages of Americans taking part in the various activities decreases.

For instance, only 5% of Americans are full vegetarian, 13% eat vegetarian meals regularly, and 37% eat them once in a while. Meat production is considered one of the driving forces behind climate change. “It generates manure that releases methane to the atmosphere and encourages destruction of forests that store carbon dioxide, the primary greenhouse gas, to clear land for pasture and livestock feed crops.”

But depending on a person’s economic situation, it might not be possible to feed their family only fresh vegetarian options.

Still, any little bit helps, and it all adds up over time. As it becomes easier to incorporate energy-saving habits into our daily lives, hopefully those positive response rates will continue to grow.