4 Reasons to Think About Your HVACR System More Seriously 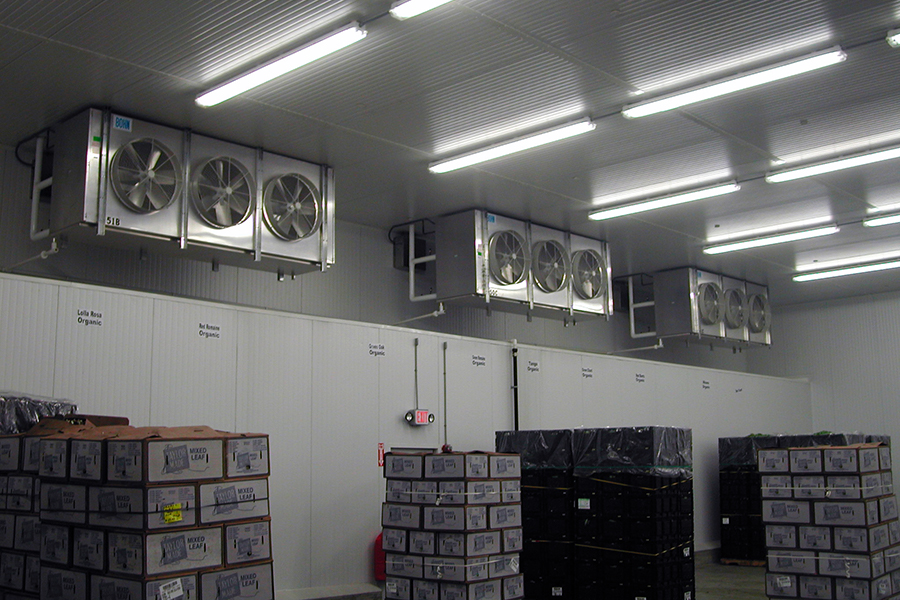 Commercial and industrial refrigeration equipment is one of those behind-the-scenes essentials that most owner-operators depend on but don’t think much about. Walk-in coolers and freezers can be large, intimidating behemoths that might account for the largest portion of a facility’s electricity consumption.Compressors, evaporator fans, and defrost heaters require a certain level of technical know-how to maintain and perform periodic trouble-shooting on them. If you’re running a cold storage facility, for example, dining services, or a convenience store, you’ve certainly got a hundred other things you need to juggle.

Refrigeration systems are something that operators set temperatures for, then move onto their next task, and as long as they can see or hear the system running, it’s out of mind like yesterday’s news.

But there are several risks when not being proactive, or at the very least periodically aware, of your equipment and its performance. You could be wasting money on unnecessary electrical usage. A leak or debris somewhere in the system could be forcing other components to work harder and thus decreasing the life of the equipment. More importantly, you could be risking the safety and quality of the food you’re keeping cold for your customers.

Here are 4 reasons to more seriously think about your refrigeration system:

If you are not implementing a control and monitoring system, or energy efficiency measures, the odds are very high that some of your refrigeration equipment is running 24/7, and in some cases at 100%. If you have an undetected malfunction or equipment issue in addition to your workload, you may be risking serious damage to components in your system.

Many of the most common issues that affect walk-in coolers and freezers include refrigerant leaks, iced-up coils, compressor short cycling, and stuck solenoid valves, and they may not be issues that will prevent the system from operating. They are, however, issues that will prevent the system from performing optimally and they will be the cause of increased operation. They have the potential of turning into a repair expense, as well.

Routine maintenance and inspections can give you a leg up on any developing issues, while a control and monitoring system will detect and alert you of a problem in real-time (not to mention it can be used to optimize how your equipment operates so the system’s energy consumption can be reduced by up to 40%).

For most industries that utilize refrigeration systems, such as grocery chains, convenience stores, wholesalers, and restaurants, the integrity of the perishable products you store is paramount to your business’ success. Food safety regulations are becoming more strict and thermal management is a key to meeting requirements. Poor thermal management can compromise food quality and desired shelf life. Poor configuration of cooling systems can actually cause perishable product to lose weight and it can directly impact profitability.

If your company is in the pharmaceutical or healthcare fields, your refrigerated space has its own set of strict temperature requirements that must be met.

In either case, not being aware of how your equipment is running can put all of your items at risk.

Take, for example, a walk-in cooler at a grocery store that houses dairy products but also has a reach-in case from which customers take milk, eggs, juice, etc. The thermostat is most likely behind the evaporator fan-set or air return, while it could be in the discharge air of the reach in-evaporator.  While you may know that the products directly under the unit meet the required 35-degrees because they’re closest to the thermostat displaying that temperature, how would you be sure that products out front, facing the aisle, were actually meeting it?

When there’s a slow refrigerant leak in the system, cooling capacity gradually diminishes until target temperature can no longer be achieved. During that slow leak period, the compressor will still run but the run time gradually increases as it takes longer to achieve set point. Once the refrigerant charge falls below a certain level, the compressor begins to short cycle, turning ON and OFF every few minutes.

As a company, we have actually observed this condition through our real-time monitoring service of customers’ systems, and have recorded 1,000 to over 2,000 starts per day in the most extreme cases. It would continue to happen only in systems where there are redundant cooling units (which are most facilities) that are still able to maintain space temperature within alarm limits. The hidden but costly issue here can be attributed to higher run times of the redundant unit(s), along with the heat from the operating evaporator fans of the impacted unit that are doing nothing more than adding to the refrigeration load. The tragedy here is that although the temperature set point is maintained and the user is fooled into thinking all is well, the reality is that the product may become at risk when the redundant system also has a failure.

If there is a hidden issue within the refrigeration equipment, it would likely be impossible to know if the cold air is in fact reaching the products that it needs to reach.

Potential to be Unaware of a Catastrophic Failure of the Equipment

There’s also the inevitability that comes when a walk-in cooler/freezer begins to deteriorate due to improper or total lack of preventive maintenance: a catastrophic failure of the entire refrigeration system, causing all product to be lost. It’s the type of worst-case scenario that only seems to occur on weekends when it requires an expensive emergency repair.

Replacing the equipment could cost multiple thousands of dollars, in and of itself, and that doesn’t factor in the potential sunk costs of losing a cooler/freezer’s worth of product.

With our cars, we rely on the dashboard indicators letting us know we need to check our engine, get an oil change, that it’s overheating, or that it’s having transmission issues. It is easy to notice issues in a vehicle since the information is in our face as we drive.

Control and monitoring systems exist to give you the same type of important health updates in real-time for your refrigeration system.

This blog post wasn’t written to scare you; it was written to get you thinking about the most overlooked component of a business’ energy-consuming portfolio. If a business has commercial or industrial refrigeration, it is certainly one of the most energy-intensive components. The risks associated with failure are real, and can be crippling to a business, but they are detectable and preventable. Catching problems early on minimizes the scramble to get things back on track and can prevent product loss.

The Data Says You Should

This is the no-brainer on the list. The item that can’t be ignored.

A 2006 study conducted by the Department of Energy Technology at the Royal Institute of Technology in Stockholm, Sweden, found that of the 164 refrigeration systems they monitored, 87% were operating with a mechanical fault present.

87% were operating with a mechanical fault present.

The study also found that these faults were causing the systems to operate at an average of -10% of their nominal performance capacity. That’s money literally being wasted on unnecessary energy costs. It gets worse when there are multiple systems and the problems are compounded.

The report was developed to establish energy savings based on routine monitoring and analysis of a system’s performance, extrapolated for the whole of Europe, for predictive research. While it did find proven savings, that’s a topic for another blog.

We believe commercial and industrial refrigeration is an overlooked but critical topic. The equipment is complex, difficult for the layman to understand its operation, expensive to maintain, and can be even more costly to repair or replace if not cared for. Routine inspection and maintenance, as well as an analysis of its performance, will go a long way in ensuring the system’s most optimal performance and reduced cost due to excessive energy consumption.