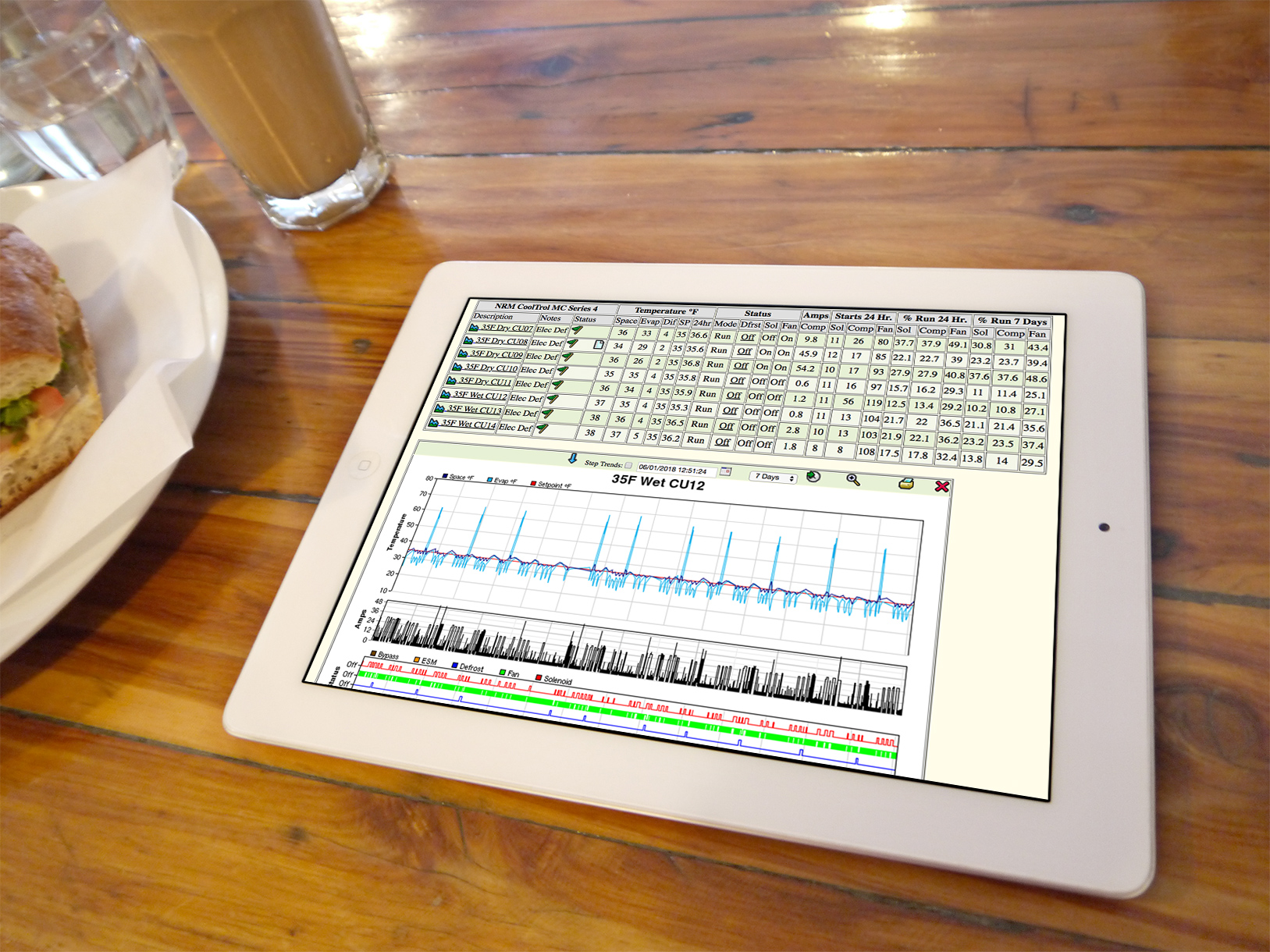 The Internet of Things (IoT) is one of the hottest buzzwords these days. In the consumer sector, everything from your central heating/cooling system, to your home security, to your television viewing, and even to your kitchen appliances is gaining the ability to integrate into a user-friendly platform intended to give you control like you’ve never had it before. In the industrial sector, IoT is being incorporated into building management systems, product manufacturing and distribution, and can even provide to-the-second tracking of deliveries and personnel.

It relies on a very simple premise: if we can see where things—and today, it’s almost anything—are operating with inefficiencies, or if we can detect a possible issue early, we can make the necessary adjustments and ensure efficient and optimal performance moving forward.

And it’s not the type of hot topic that will fade into obscurity like Tae Bo or New Coke.

Revealed in a new report by the International Data Corporation (IDC), “worldwide spending on the Internet of Things (IoT) will grow at a 17.0% compound annual growth rate (CAGR) from $698.6 billion in 2015 to nearly $1.3 trillion in 2019. From a vertical industry perspective, Manufacturing and Transportation led the way in worldwide IoT spending with 2015 totals of $165.6 billion and $78.7 billion, respectively. Over the next five years, the industries forecast to have the fastest IoT spending growth will be Insurance (31.8% CAGR), Healthcare, and Consumer. The fast expanding Consumer IoT market will be the third largest IoT spending category by the end of the forecast period.”

Commercial and industrial refrigeration systems, while not as flashy or oft-used as office-building HVAC or lighting—which are where IoT has been mostly applied in the corporate world—also stands to gain from improved visibility and connectedness. Through a web-based monitoring platform, you can be connected to your cold rooms, temperatures, compressors, and fans 24/7. You’ll be able to receive alarms for potential issues, log and trend the equipment’s performance, and be able to control aspects on the fly from your mobile device.

Here are five specific ways in which a web-based monitoring platform can improve the operations of your refrigeration:

There is no scarier scenario for an owner-operator or facility manager whose business relies on large, cooling equipment systems than coming into work on Monday morning to find the system has failed. It could have occurred anytime between Friday night and Sunday night, and with no visibility into the performance of the system, it’s unknown if this type of catastrophe could have been prevented. This is not only a costly mechanical issue, but depending on the industry of your business, the threat of product loss is an even greater consequence.

With a web-based monitoring platform, the software is tuned in to every function and component of the system, so it allows for real-time fault detection. With the more in-depth monitoring services out there, these detections can be sent to your mobile device or your e-mail instantly as an alert. This would give the operator or manager an opportunity to schedule an emergency technician visit, and while these are not always cheap, they are not as expensive as needing to replace the entire system, the product that is in the units, or the repercussions of selling product that hasn’t maintained proper temperature.

Real-world Scenario: A customer of ours is a large, frozen storage facility for regional seafood shippers and distributors. They obviously have to keep very stringent, very cold temperatures and due to the size of the facility, they require a massive refrigeration system. On a Friday night at 5:00 PM, the site manager received a text alert that the compressor was short cycling. He had a technician immediately come out to the site and it was discovered that the system was low on charge. They charged the system and kept the refrigerated space from drifting to an excessive temperature for the weekend, which could have led to coming in on Monday to a warehouse of lost product.

Many cold-storage sites, encompassing everything from food processors and distributors to laboratory environments, require routine internal and/or external third-party audits. These audits are meant to address food safety plans (HACCP Plan) and measure each facility on a host of metrics including sanitation, pest control, and maintaining specific temperature requirements for the frozen and refrigerated spaces.

In the case of temperature tracking, often the data will be manually collected by different team members and recorded in different bookkeeping styles. This not only means the recording process is inefficient, but also it generally makes the audit inefficient and more time-consuming because someone might have to search high and low for a specific piece of data that another person recorded and put who-knows-where. A lot of time can be wasted trying to run down loose threads.

Much of the data logging in manufacturing and processing facilities is done by hand and on paper. While it’s understandable that someone might be more comfortable and confident with this way, decreasing the potential for human error is never a bad thing when it comes to making sure your operations are running at their peak performance. A web-based monitoring platform will provide objective, time-stamped, and easily verifiable data that can support the human observation. The combination of the two is an unbeatable team.

Real-world Scenario: One of our customers is a large produce distributor for the majority of markets and restaurants in the Boston metro area. For their third-party auditing—a requirement of their customers—they’re required to log the temperatures of their five cold rooms three times daily, seven days a week. The Operations and Food Safety Manager has built those three checks into a daily routine that also includes equipment, product, and safety inspections. But instead of walking around to gather temperatures, he pulls it all from the web-enabled refrigeration controls dashboard on his computer and then exports them to his spreadsheets. He also pairs printouts of the temperature charts with his spreadsheets for the auditors as verification of his data. This has ensured they receive the highest satisfactory marks on each audit.

One complaint that we’ve heard from customers over and over is the lack of more hours being available to them in their workday. In nearly every situation, there were blocks of necessary, daily tasks that took up tremendous amounts of time and prevented them from focusing on improving or expanding their businesses. These tasks include temperature monitoring, load shifting for energy use, data logging, equipment inspections, night shutdown, order processing, and shipping processing. Some tasks cannot be integrated into a web-based monitoring platform but for those that could, our customers that have incorporated the software have had hours shaved from their duties in some cases.

Real-world Scenario: A university dining service had pre-scheduled deliveries for their kitchen products, weekly stocking of the coolers in their cafeteria and marketplaces, as well as having multiple freestanding, beverage coolers to maintain. By incorporating internet-enabled refrigeration controls, they were able to automate safely shutting down the refrigeration system when the delivery bay was open during a delivery, and automated the ON/OFF of the freestanding beverage coolers based around the student dining open hours. This saved energy, time, and improved the efficiency of each of those processes.

You rely on dashboard warnings to give you an insight into how your car is running. You rely on X-Rays to diagnose a potential issue with your body. Until recently, the same type of visibility was not available for your commercial or industrial refrigeration. While generally an out-of-sight, out-of-mind business component as long as the “air feels cold,” it is usually the most energy-intensive and costly-to-fix of equipment, and therefore shouldn’t be treated in such a lackadaisical manner. Improved transparency allows for quicker diagnostics, an ability to predict potential failures, and compare how the equipment has operated at different intervals of its lifespan.

Real-world Scenario: One of our customers—a laboratory and storage site—has had a web-based monitoring platform for several years. Four years ago, the company merged with another and they underwent organizational and personnel changes. After that transitional period, the new processes were implemented without the analytics of our software platform. Recently, the company underwent another shift and re-instituted the data analytics (the control aspects of the platform were still being used, so data was still being logged and saved to a SD Card). They printed out performance charts and compared the two time periods.

To put this scenario in financial terms, the annual energy costs of compressor operation due to negligence and not paying attention to the system increased by 42%! That resulted in a total cost to the company of $150,000. Fortunately, the equipment wasn’t lost. They reactivated the regular usage of the software platform the same day that they reevaluated it.

Things happen—the power cuts out during a file transfer or while you’re in the middle of documenting something important, files are misplaced or accidentally deleted, your local servers go kaput and everything on-site needs to be restored or replaced. While rare, these occurrences are possibilities, and when it comes to your important performance data or record-keeping for auditing, having all of your eggs in one basket, so to speak, is an invitation for a problem. Many companies do already utilize cloud storage for sales, marketing, and HR purposes as necessary backups, but the idea of needing to ensure off-site storage for your refrigeration data is a rather novelty thought. The ability to safeguard against mishaps or human error is becoming an increasingly important facet in maintaining optimal performance and minimal overhead.

Real-world Scenario: A customer needed to present historical performance data to verify energy-usage savings in regards to an incentive they received from a utility company. The first place the customer looked to download the logs from was the hardware in the local controller of the monitoring platform. But unfortunately, there was an undetected defect in the hardware that prevented local download (to an SD card). Luckily, the logs were saved by the platform, off-site, and the verification went off without a hitch. The data was incorruptible in the cloud, and the hardware was replaced as soon as possible.

As you can see, these large, expensive-to-maintain, and often ignored systems could greatly improve their operations through an IoT setup provided by a web-based monitoring and control platform. The saved man hours, sunk costs in undetected equipment failures, potential product loss, as well as access to data insights are almost incalculable as to their possible benefits to your business. In a corporate landscape in which every company is vying for the perfect balance between lowest overhead costs and having the most productive output, utilizing data is the single, greatest edge a business can have over a competitor. And this edge can now be applied to the most energy-consuming, possibly underperforming piece of equipment that is crucial to your company’s success.