A Quick Crash Course in Suction P-Traps for HVACR 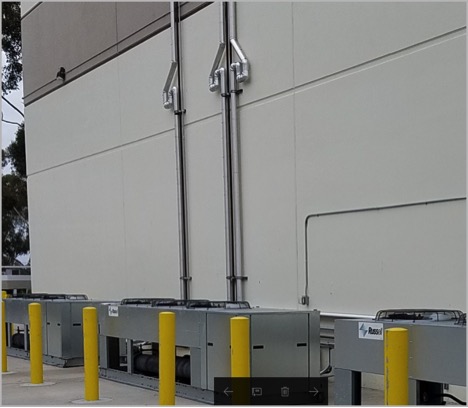 The HVAC/R industry has frequently quarreled about the topic of suction p-traps in risers – when are they necessary, where to place them, how large and how deep should the trap be? Of course, there is no one-size-fits-all answer. Each facility and each installation will have its own considerations and concerns. It’s a great idea to be careful in this area by consulting ASHRAE and/or other trusted resources for guidance, and thinking through the dynamics of oil return, suction gas velocity, and unnecessary trapping.

But in the meantime, here is a quick crash course in what suction p-traps in risers are, what they do, and an example of what can happen when they’re installed incorrectly.

So, why do I need p-traps for my refrigerant piping?

Therefore, having said traps is simply good practice. It helps ensure the longevity and functionality of your refrigeration equipment.

During an unloading period, or within a multi-compressor system, the traps ensure proper oil circulation when the loads are low. They also help prevent oil from being trapped in the horizontal pieces of piping.

And during an off-period for the compressor, the traps can catch and retain any leftover oil on the walls of the piping that could otherwise potentially drain back into the compressor head.

An example of how easily they can be overlooked

Case in point: a large beer distributor in San Diego County recently installed a new walk-in cooler for keg storage. This project involved installing three large commercial refrigeration condensing units and six large DX evaporator coils. The evaporators were mounted 16’ from the floor, while the condensing units were below grade at roughly 20’ below the evaporator POC’s.

If the suction line piping is properly configured at the evaporators, including a proper p-trap at each unit, with a branch line properly graded back towards the compressors (1/4” per lineal ft.), then the risers coming down to the compressors will have no issue with oil trapping or carry over.

However, the installing contractor had it backwards, and installed mid-riser p-traps in the suction lines.

This unnecessarily trapped oil, which caused an upset upon start-up of the compressors.

A failed compressor will likely lead to a rise in temperature, which can cause product storage problems like reduced quality and shelf life, or worse, spoilage…

[Update: After nearly a year of unreliable operation from perfectly decent, and new, equipment, these improperly applied p-traps were removed on recommendation. Before long, reliable and safe compressor operation was restored.]