5 Signs Your Refrigeration Might Be Nearing An Expensive Problem 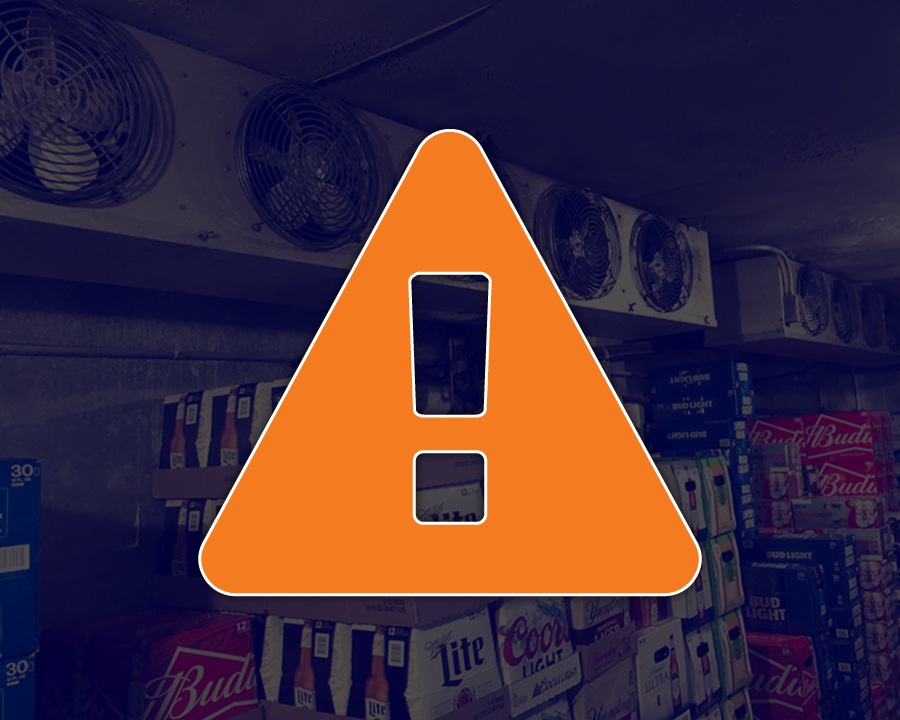 Whether it’s in a walk-in cooler storing cold beverages, a refrigerated storage room for fresh produce, or a biomedical freezer containing sensitive compounds, one fact remains the same: the refrigeration system is the single-most important piece of equipment to your product’s survival.

It is a facet of business that is often placed in the “if it’s running, it’s fine” bucket. Which isn’t surprising; your HVACR system is a complex series of equipment that feels intimidating to deal with.

But they’re could be unseen mechanical faults setting you up for a surprise emergency. Repairing a failed compressor is expensive; replacing one can, in some cases, be impossible due to the cost.

Here are five mechanical warning signs of a potentially severe problem looming in the future:

From our popular blog post all about short cycling, short cycling can most easily be defined as: a mechanical failure that causes the run times to terminate prematurely, and since set point has not been achieved, it restarts shortly afterward, thus requiring more compressor ‘ON’ time to compensate. Think of short 2-5 minute bursts of ON and OFF times that can go on for days, weeks and months before the condition is noticed.

“If a compressor fails prematurely (<15 years old), first consider why the unit died in the first place. Don’t simply replace the compressor, override a safety and/or apply a band-aid just to get it running again. Odds are, the failure will occur again, perhaps with worse consequences, and surely with wasted expense.”

The majority of commercial & industrial systems have set defrost cycles, either X number of times per day, or X number of minutes or hours between each defrost.

But if you’re noticing ice buildup on your evaporator coils, it’s a two-fold issue: one, the physical ice is affecting the system’s performance, and two, it’s a sign your current defrost system if failing.

Ice impedes airflow, causes the coil to get even colder (which creates more ice), and without some protection, it will put the compressor at risk of catastrophic damage if liquid is allowed to enter the compressor chambers. Saying nothing for the fact that if it continues to prevent your space temperature from being satisfied, your stored product is at risk, too.

This one may seem obvious, but shrugging off the space temperature continually staying a couple of degrees over the setpoint could be a grave mistake.

It also means your system is running itself ragged trying to satisfy the setpoint but never does. The valves are working harder, there’s more liquid going through the lines, the coils remain frigid, and more and more opportunities for something to fail emerge.

According to an article in ACHR News, one of the most common causes technicians see of space temperatures running to warm is an issue with the pressures. The system will still appear functional, albeit operating very inefficiently, but the suction pressure will be too high while the head pressure is simultaneously too low.

To the naked eye, this exact issue may not be easily observed because, again, the system will call for cooling as it should, but it won’t be doing so in an effective or efficient manner. In such cases, products will spoil quicker if refrigerated, and not freeze as solidly if frozen.

There are usually three culprits responsible for the suction and head pressures to be off:

For more in-depth analysis of the symptoms your system can experience from these causes of pressure differentials, read the full article at ACHR News.

The most common areas for dirt and debris to negatively affect the performance of your system is on and around the coils. Any obstruction can hinder both the system’s cooling abilities and its ability to properly defrost the evaporator coils.

Dirt from cardboard fibers and other materials suspended in the air will cling to a wet coil, and over time you can see a very fuzzy-looking, carpet-like buildup that impedes air flow and will promote frost as the air is traveling across the coil slower thereby condensing more moisture on the coil.

A dirty coil leads to:

As systems age, the insulation on the cold suction line going back to the compressor deteriorates and allows more heat to get through to the gas traveling in the pipe. Although it is not necessarily dangerous to the compressor, it does mean that energy is being wasted. Oh, and remember that the compressor is cooled by the returning cool gas, so it is important to re-insulate those lines when there is significant wear.